Bayern Munich’s Arturo Vidal is reaching the final stages of his international playing career as the player himself has already confirmed his intentions of leaving the national side when the upcoming 2018 FIFA World Cup finalizes on July 15 of 2018. 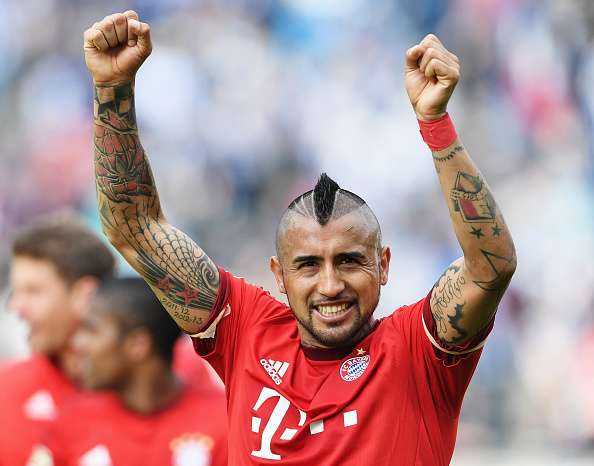 Arturo Vidal has already performed with Chile for the 2015 Copa America as well as the Copa America Centenario and was even a regular player for the 2010 FIFA World Cup qualifiers.

The 30 year old Chilean midfielder of Bayern Munich has recently revealed details concerning his current situation as well as the chances of Chile on actually being able to qualify for the next edition of the FIFA World Cup.

Even though Arturo Vidal has recently been talking about hanging up his playing boots at the international stage,there is a chance that Chile might not even be able to qualify for the 2018 FIFA World Cup as they are currently struggling to consistently collect points.

After having played 16 qualifying matches, Chile has secured 23 points which positions them at the 6th spot of the CONMEBOL group. All of the national sides in this group are hoping that they can snatch a spot in the top 5 as it allows them to either qualify directly or at least being able to advance into a play-off qualification round. END_OF_DOCUMENT_TOKEN_TO_BE_REPLACED

It seems that the Russian Government is leaving no stone unturned to prove the rest of the world wrong about their credentials as the host of a global footballing event. 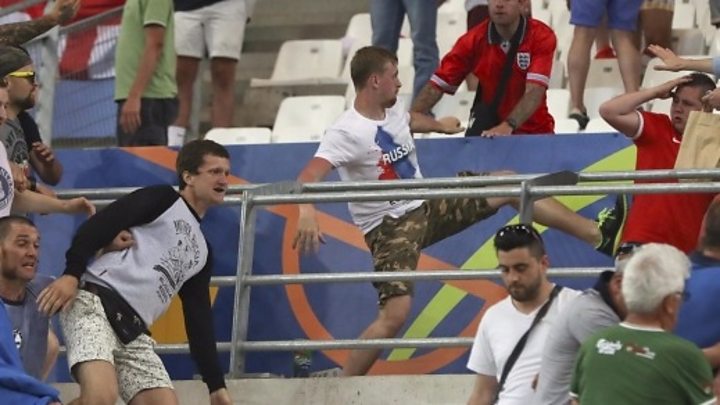 Not too many people around the world are sure that World Cup 2018 will turn out to be peaceful event and the reason why they are thinking so is because it is being held in Russia.

But, the Russian federation in collaboration with the country’s Government has planned several things to ensure that the peace is maintained throughout the duration of the showpiece event.

One of the things that have been planned is not to let the supporters wander in the downtown without proper clothing and in the influence of alcohol.

Generally when global events take place and Football fans from all over the world gather in the host country, the scenes of them having wild celebrations after their team’s victories are normal and they do it in public. END_OF_DOCUMENT_TOKEN_TO_BE_REPLACED There have been a number of incidents that have occurred in past editions of previous FIFA World Cup that have angered fans and players. One of those controversial moments emerged during the 2010 FIFA World Cup when England was facing off with Germany in the round of 16. END_OF_DOCUMENT_TOKEN_TO_BE_REPLACED

The Russian embassy to the United Kingdom has described the documentary by the BBC as “shocking.”

The media outfit released a film ahead of the World Cup 2018 in Russia, detailing the risks associated with England participating in the high-profile tournament.

The embassy opines that the BBC’s efforts aim at discrediting the host of the tournament.

“The film title Russia’s Hooligan Army shot and broadcast by BBC Two with the Russia-hosted 2018 World Cup in mind is quite shocking. One gets the impression that its goal is to sow fear in British society and warn the fans against travelling to Russia.

“The filmmakers from the government-funded channel did their best to discredit Russia and the forthcoming World Cup,” a statement from the embassy reads.

The documentary features Russians who commented on the forthcoming event. One Russian fan that was featured told another source that his words were “grossly misinterpreted” by the British press. The fan, who is the former leader of a football fan group referred to as Spartak Gladiators, said he – appearing as ‘Vasily the Killer’ – was misconstrued by the media. END_OF_DOCUMENT_TOKEN_TO_BE_REPLACED 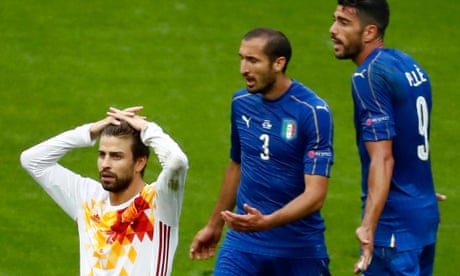 “I played the entire qualification phase for the Euro and it was decided to make De Gea the first-choice [for the tournament]. The dream hasn’t been taken away. I look good. If I had been playing poorly I’d be the first to say it,” he said. END_OF_DOCUMENT_TOKEN_TO_BE_REPLACED

After having just completed the testimonial for the celebrated Robbie Keane, the Republic of Ireland were in danger of slipping to an early defeat in the World Cup 2018 qualification. They were trailing Serbia 2-1 going into the last 10 minutes of the game. This was the first World Cup qualification game for Ireland. After having done so well to qualify for the Euro 2016, it was up to the team to show that the qualification to the European Championship was no fluke. Jeffrey Hendrick helped Ireland opened the scoring after just three minutes.

Just when it seemed that the game would end with this early goal,Kostić came up with an equaliser just after the hour. Buoyed by the goal, Serbia started playing in a spirited fashion. Equally, Ireland’s morale slipped quite substantially and the team was unable to cope with the sudden onslaught of pressure from the home team. They conceded a penalty just before the 70th minute and it was duly put away byTadić. Just when it seemed that Serbia would hold onto this lead, Daryl Murphy came up with a late equaliser to secure at least a point for the away team. Martin O’Neill was later pleased with this point from a difficult away trip.
END_OF_DOCUMENT_TOKEN_TO_BE_REPLACED Loew largely has experience of managing clubs like Stuttgart, Fenerbahce, and Austria Wein. Talk about his future has started only because of the national team’s failure to win the European Championship. Germany were knocked out of the Euro 2016 at the semi-final stage. His existing contract still has two years to run, but the poor showing at the Euro 2016 may cost him the job. It has turned out to be false, asLoew remains confident of being in charge of the team for the World Cup 2018 in Russia. Preparations to qualify for the World Cup begin with a friendly against Finland in September. Germany’s group opponents in the qualification group include the likes of Czech Republic, Northern Ireland, and Norway.
END_OF_DOCUMENT_TOKEN_TO_BE_REPLACED

Wales captain Ashley Williams believe that Wales can win the next World Cup in 2018. He said that the team has been boosted by their performance at the Euros in France and that they are looking forward to participating in many tournaments in the future.

Ashley Williams, who currently plays for Swansea City, has been instrumental for his team and believes that the team can replicate this performance on a regular basis. He said that they have a good coach in Chris Coleman and that the latter has successfully built a team that can take on the best team in the world.

For Williams, it has hard to accept the defeat by Portugal, but he believes that the defeat will not damage their progress. He believes that the team has reached a new level and that the only way now is up. He said that he would be hoping that they can repeat the same performance in Russia and hopefully win the trophy. END_OF_DOCUMENT_TOKEN_TO_BE_REPLACED